The Albir Lighthouse, in the Sierra Helada Nature Park was the location today for the release of two birds of Prey .   The Nature park is located on the Sierra Helada mountain which runs from the Levante beach in Benidorm to the Albir beach. 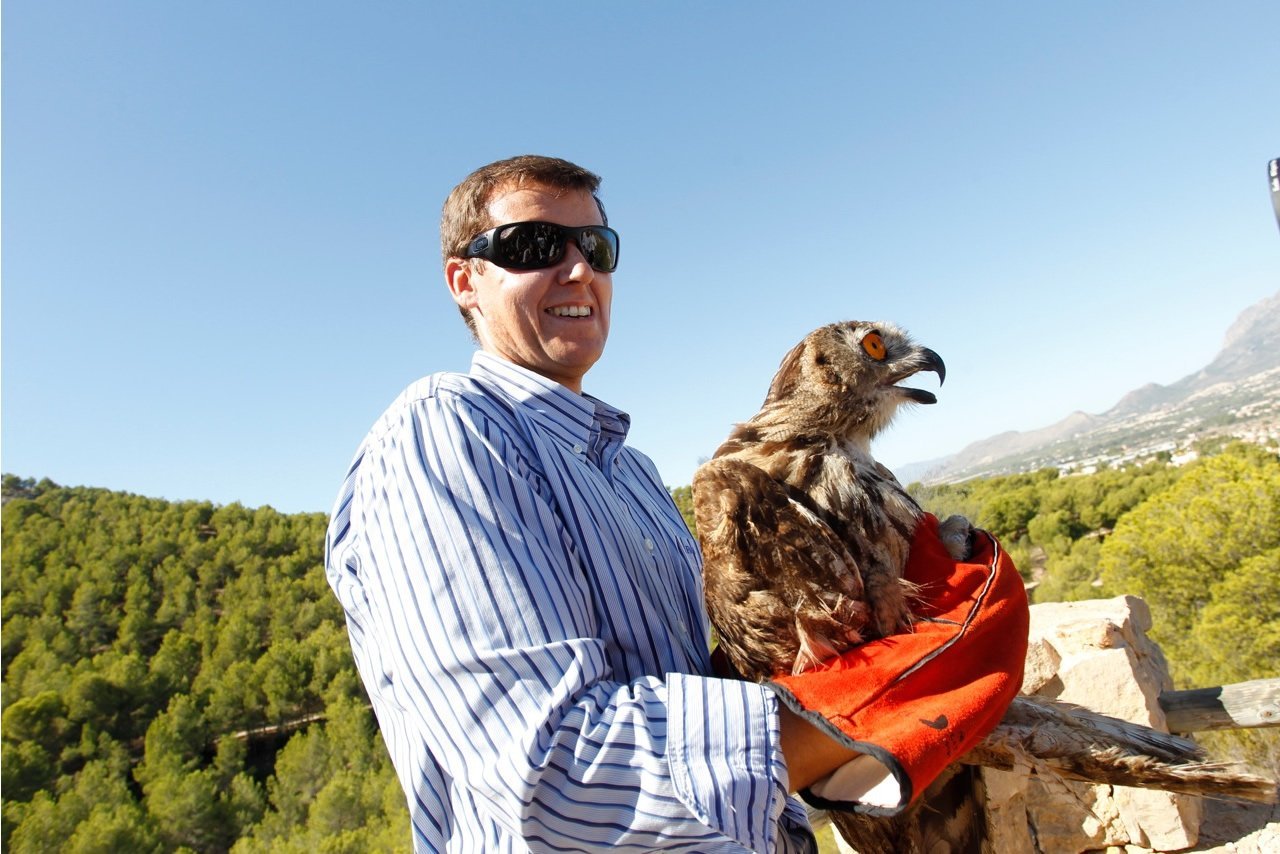 Environmental Councillor Alfredo González ceremoniously released a European Eagle Owl and a Peregrine Falcon back to their natural habitat.

The owl was found close to death a few months ago near the Benidorm water treatment plant and the falcon was found injured in Alicante a few days ago.

These are just two of the birds treated at the “Santa Faz” Fauna Recovery Centre in Alicante.  The remarkable work performed at the centre is invaluable for maintaining and promoting the Nature Parks in the area.

It was an impressive sight to see these beautiful birds and a happy ending to a tragic story.  Both birds will have a second chance thanks to the recovery centre.  The fully recovered birds are always returned to the same area where there are other birds of the same species.  Kestrels and Tawney owls have also been released and like the birds of prey, they immediately sought refuge in the trees or on the ground.  For a few seconds we were able to follow them until they disappeared from sight.

These nocturnal birds  are important for the nature park’s eco-system with the Eagle Owl being the largest predator in our community.  The Peregrine Falcon is just another "tourist" , looking for warmer temperatures and nesting on the cliffs while making its second residence here, before returning to Central and Northern Europe in February or March. 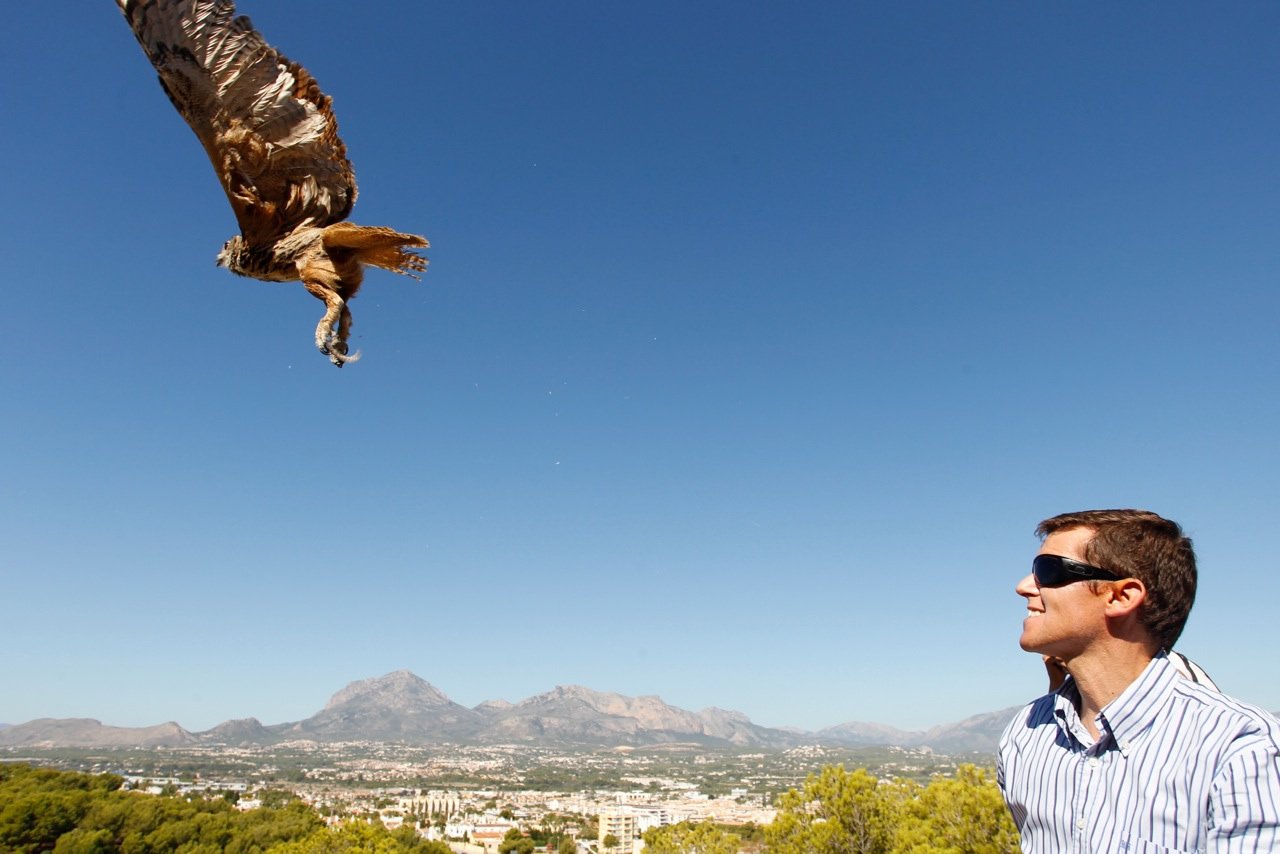 5 Common Kestrels were also released today.  These day time predators live in trees but also nest in rock faces and vacant buildings.  From today there are also two  Tawny Owls flying freely in the Sierra Helada Nature Park.  These birds prefers calm wooded areas and because of their plumage blend in well with the surrounding area.