Choreographer at the Benidorm Palace.

Over the past five years David Moore, a Parisian choreographer has masterminded the shows at the Benidorm Palace.

David is currently putting the final touches to his new show “De Luxe” while still overseeing the nightly performances of the current show “Crescendo”.

Rehearsals for the new show are already underway and the opening night should be during the second week of May.  “De Luxe” promises to fuse different dance styles and different eras together.

David when did you first work with the Benidorm Palace?

The first time we worked together was in 1978 but it was only for a few months.  Then in 1999, I was asked to choreograph a show to commemorate the 30th anniversary of the Benidorm Palace. That show was based on Egypt and the Mediterranean.  Over the years there were various other projects, then in 2007, I was asked to produce the whole show; choreography, costumes, scenery design etc.

How have the shows evolved over this period of time?

The shows were very different before, they were divided into two sections, one part dedicated to the Spanish Ballet and the other to the International Ballet.   Since 2006, the shows have been mixed and it has worked very well. The show should include something for everyone, for the Spanish visitor as well as for the visitors from other countries.

How and when are the shows changed? 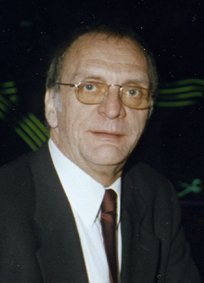 We create and produce a new show every year, which opens approximately for Easter or at the end of April.  The process of creating a new show is a team effort.  I work closely with costume and scenery designers as well as with other choreographers.  The team is an interesting mix,  for example: - Javier Valverde and Paloma Aznar are both Flamenco dancers who have just returned from a tour of Russia.  Horal Van buuren is a famous choreographer, World Latin dance Champion and has also appeared as a judge on American Dance programs.  We also work with Manuel Fiabane and Nicci Swift for the costume and scenery designs.

Each new show starts with an idea, a theme, and from there we then design the stage settings and costumes.  Sometimes when we are working on a particular show, new ideas spring up which can be used for the next show, the creative process has many roads.

The Benidorm Palace audience is so varied and of different age groups.  How do you satisfy them all?

The age group is very important when creating a show.  If a choreographer did not cater for the younger age group, then these live night club shows would not exist.

Television has introduced the world of dance and shows to the younger audiences and in their own homes.  Shows such as Fame, Strictly Come Dancing, Dancing with the Stars and all the other spin offs have proved very popular.   In our shows we must include something for the 18 year olds, so we include music from the Black Eyed Peas, Lady Gaga or Rap music, without forgetting the older members of the audience, who may prefer Paco el Chocolatero or David Bisbal.

A clear example of this is in the current show “Crescendo” which contains a routine set  to the music of YMCA a hit for the band Village People.  This number gets some of the  audience singing and dancing along, but does not have the same impact on the older and younger age groups.

Is it difficult to direct and produce a show such as “De Luxe”?

I work hard to ensure that the Benidorm Palace has a fitting show.  The Palace has a reputation to maintain, it has always been known for its professionalism and for the spectacular shows produced.

How many artists perform in the shows such as Crescendo or De Luxe and how long are the rehearsals for a show of these characteristics?

There are approximately 50 artists and rehearsals can last six or seven weeks.  It is a difficult process which requires flexibility.  We have to remember that some of the dancers will be dancing at night in the current show, while the newer members will only be rehearsing.

What is the theme of  “De Luxe” and its duration?

The show will have two parts; the duration of each part is one hour and fifteen minutes with an interval in between.  Each part will contain a mixture of dances and styles.

Is the Benidorm Palace a good place for dancers to train and develop their skills?

If a dancer comes to work at the Benidorm Palace, they must be aware that the training will be difficult and complete.  They will have to perform the various dance styles included in each show whether ,  Classical, Flamenco, Contemporary, Revue, ballroom, Latin or Irish.

You could say that it is a variation of Fame without the cameras as dancers are expected to learn styles they haven’t studied or dominate.  A school where dancers have to be quick learners as the final product is not a dance school production.

What is the secret of Benidorm Palace’s success?

One of the reasons is the staff.  The staff have passion; they are dedicated and always available 24 hours a day to ensure that the Palace runs efficiently.  On the other hand the shows have changed and evolved, the product changing with the times.  The stage format and size of the venue mean that sometimes we can’t do the things we would like to do, therefore there are many headaches when creating some of the scenery and how we stage the numbers.

You mentioned that the Benidorm Palace has adapted its shows to new trends and kept up with the times, is this something unusual in night clubs today?

Not everyone is aware that you must change.  There are still clubs that continue with the format that Lina Morgan made popular, but we must attract and cultivate a new audience.  The audience today is more demanding, they’ve seen more, so for me it is a challenge to push and go further, to contact people from afar who have different experiences from my own.

What other places do you consider to be in the forefront for this type show?

Paris, Las Vegas and Berlin.  In Paris the night clubs and shows are more traditional, in Las Vegas, there is a good variety for everyone and in Berlin too, there are some interesting things to be seen.

Many artists remain active after years in show business.  Is the stage addictive?

Yes, it’s addictive.  My whole life has been connected to show business, whether as an actor, dancer or choreographer.  As a child I attended school in the mornings and at night performed with the National Ballet.