DinoPark is a theme park set in the Cactus Algar botanical gardens in Callosa d ‘en Sarria, approximately 17 kilometres from Benidorm.   Visitors are transported back to the Mesozoic Era, when dinosaurs ruled the earth. These creatures are the main attraction of the park which has 30 different scenes with static and robotic, life sized models including the impressive, ferocious predator, the Tyrannosaurus Rex, one of the largest dinosaurs that ever lived. 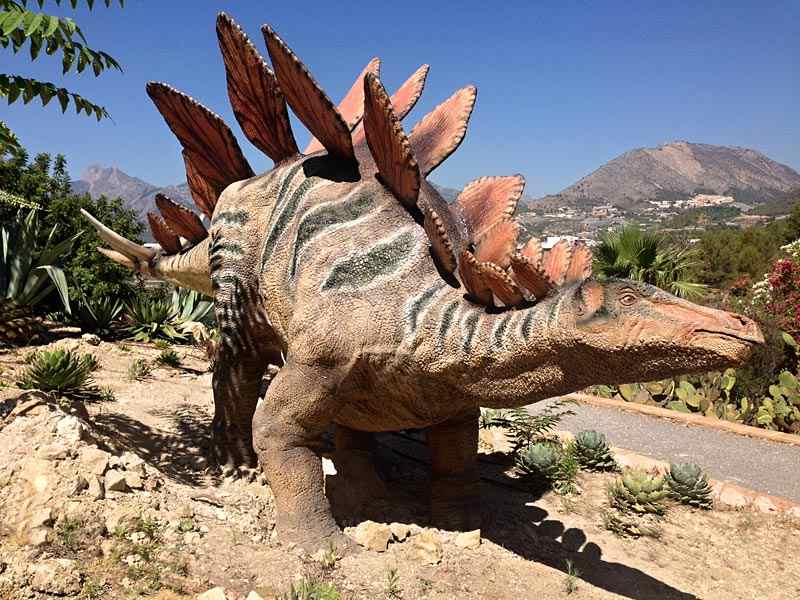 You won’t find just dinosaurs! You can also learn about the flora of the era, such as the Wollemia Nobilis, considered to be a living fossil, having grown on this planet for over 175 million years.   A species of prehistoric pine, the Wollemia was discovered in 1994 and currently there are only 39 living examples which can be found in the Australian Dessert.

The park is educational and entertaining. The younger visitors can have fun in the play area, swimming pool or try their hand at archaeology in the excavation area .

One of the most popular activities is the 3D cinema where visitors can see the film “Triceratops”, which follows the life of a young triceratops from birth to adult life. The film is unique, as the script and music was written especially for Dinopark , therefore it can only be viewed in the park.

The park opens on Fridays, Saturdays and Sundays during the months of December, January and February and daily from March to November. 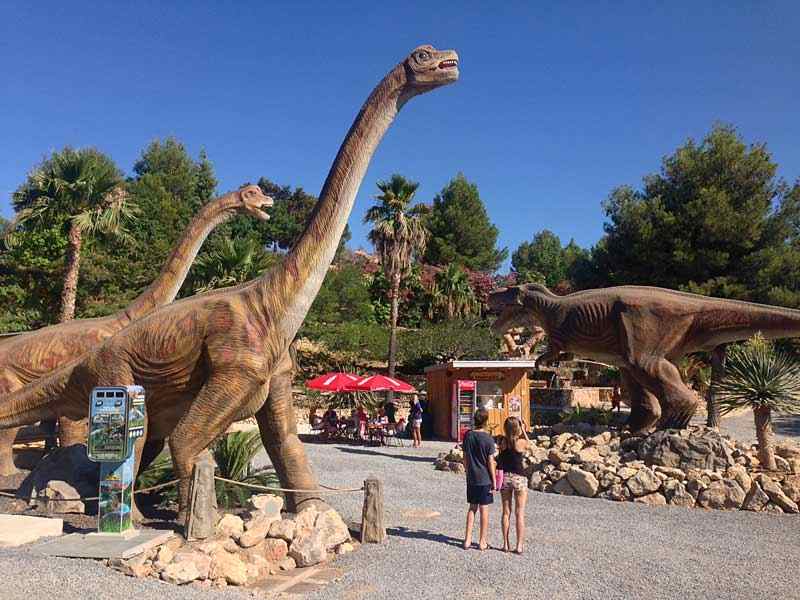 Entrance tickets costs 12€ for adults, 8€ for children from 4 to 12 years and under 4s enter free of charge.

HOW TO GET TO DINO PARK.

Buses from Benidorm to Dinopark.