Do you remember the Lemon Express?   Undoubtedly, it was the most famous train to operate on the Costa Blanca and one of the most popular tourist excursions in the area.

Locals even adopted the name “Límon Expres” for their local train that serviced the villages in the area.

The Lemon Express was a little yellow train that travelled from Benidorm to Gata de Gorgos, with programmed stops along the route.  Tourists loved the fact that the train travelled through the centre of the villages and they waved and cheered from the carriages at anyone who passed by.

We spoke to Rudy Meyers, who ran the Lemon Express excursion for many years. 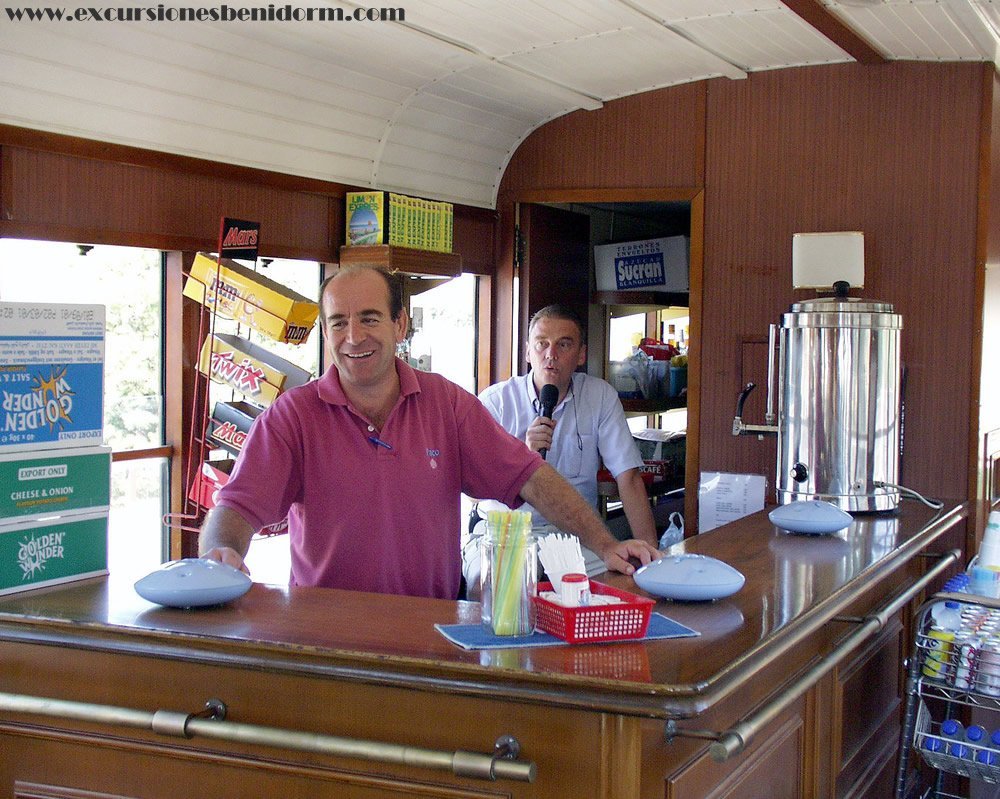 When did the Lemon Express first operate?

The original idea belonged to an English businessman who ran it for 7 or 8 years until going bankrupt despite the success among the English tourists who flocked to the area on package deals.

The train belonged to the FEVE (Ferrocarriles Españoles de Vía Estrecha)  meaning  the Spanish Narrow Gauge Railways.  It was an odd looking train, ancient and obsolete, we used to joke that you could practically see the track through the undercarriage as you were travelling along.

The licence was then granted to another business man and I began working for him in 1986 or ‘87 as a guide on the train. I worked for about six months until the Railway Management revoked the license due to a bad relationship with the manager, they repossessed the train and renovated it changing the colour from green to yellow.

I took over the running of the Lemon Express is 1988,  I had left the company by that time and was working elsewhere, I went to the railway station in Benidorm to enquire when I heard that the licence had been revoked but no one knew very much about it.

They gave me the telephone number of the Director in Alicante and I spoke to him for about half an hour.  At that time I barely spoke any Spanish so it was quite a feat.  I explained my idea and at the end of the conversation he said “Rudy, the train is yours” 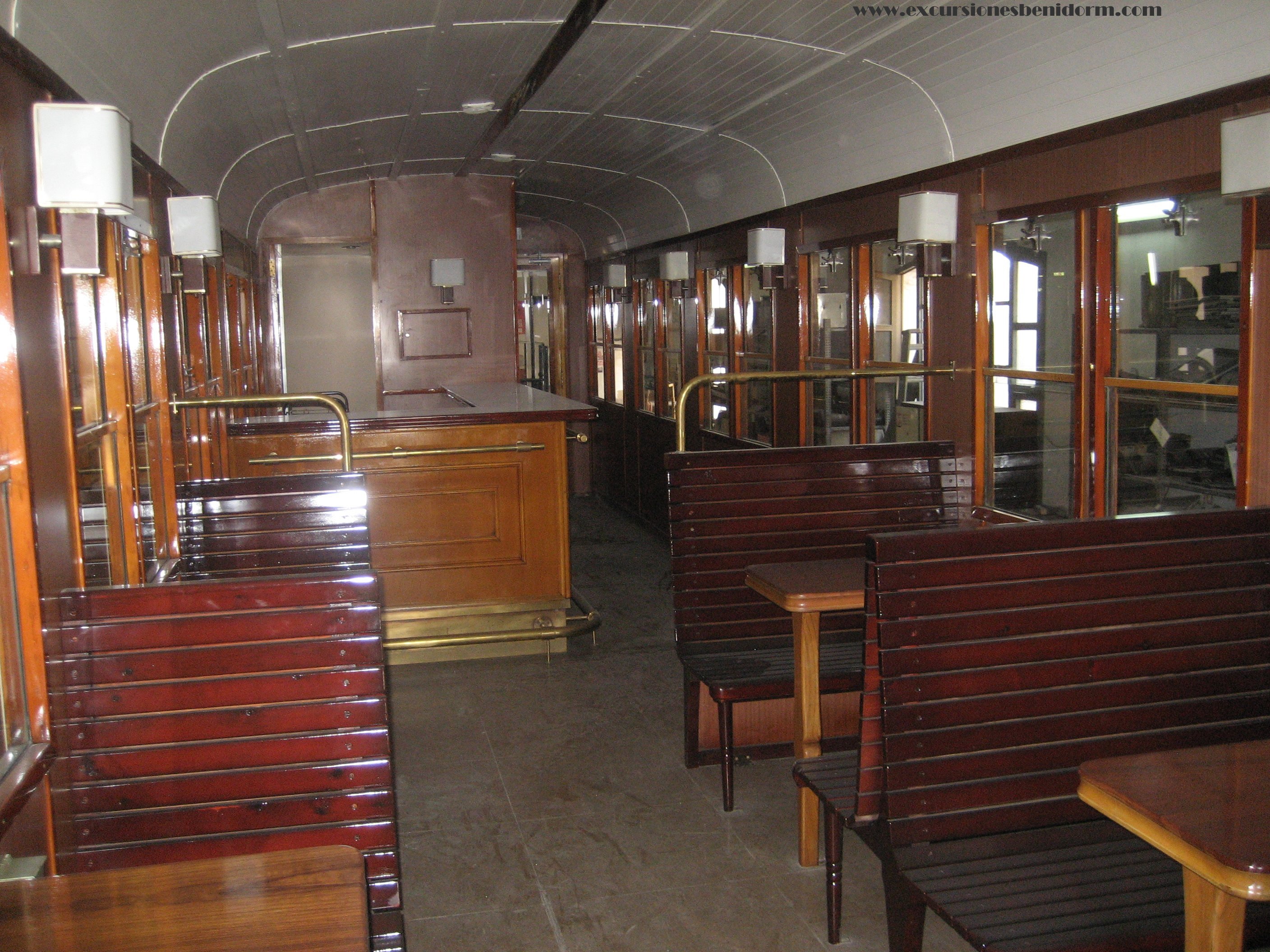 The next day I went to meet the Commercial Director of the Valencian Railway  they approved the idea and we started on the 22nd of March 1988, the first official excursion, although we had started 15 days earlier.

The train was a Batignolle, a lovely train but with a very low output.  I paid per carriage with a minimum of five carriages.   The excursion ran three times a week breaking down two out of the three days, it was clear we could not operate with these engines.

We struggled on for 3 or 4 years with the engines constantly breaking down until I was in debt.

My contract was simple, they proposed and I accepted or declined so I knew I could not cancel the contract without having to pay compensation.

I had to come up with an idea.  I went to see the Manager in Alicante and explained the situation,  the engines were constantly breaking down and because of that I was operating at a loss and would not be able to comply with my contract unless they  changed the machinery and the payment conditions. 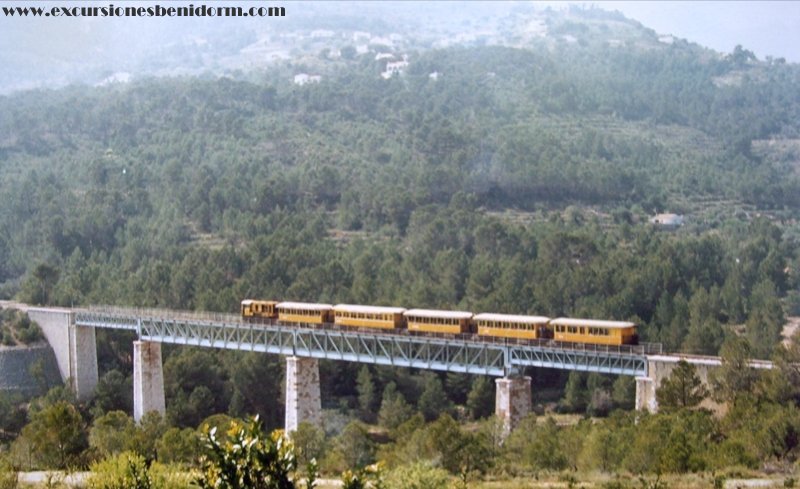 I was now operating with quality machinery and the Tour Operators and Travel Agents began sending me their clients, 90% of which were British.  Things took off from there; suddenly everyone wanted to go on the Lemon Express.  Excursions ran three times a week with five carriages each time but in high season we would operate five days a week with excursions in the morning and in the afternoon.  We added a bar to the train and improved our service.

The train left the station in Benidorm at 09:30 with a commentary along the route until it arrived in Gata de Gorgos.   There was a visit to the guitar factory and to the wicker and cane shops typical to Gata, then on the return journey clients were served champagne.

In 2005 the Lemon Express excursion was suspended.  The train had derailed twice and the tracks needed some serious investment, 1,500,000 Euros to be precise and the money just wasn’t there.

People still ask me about the Lemon Express and ask me to start it up again.

I have some great memories of that time and I would love to see it running again.